The program included a three-year plan for a toddler route, grandma’s extended visits, and continued out two decades to include kids in school, college students returning on school vacations, and eventually an empty nest. 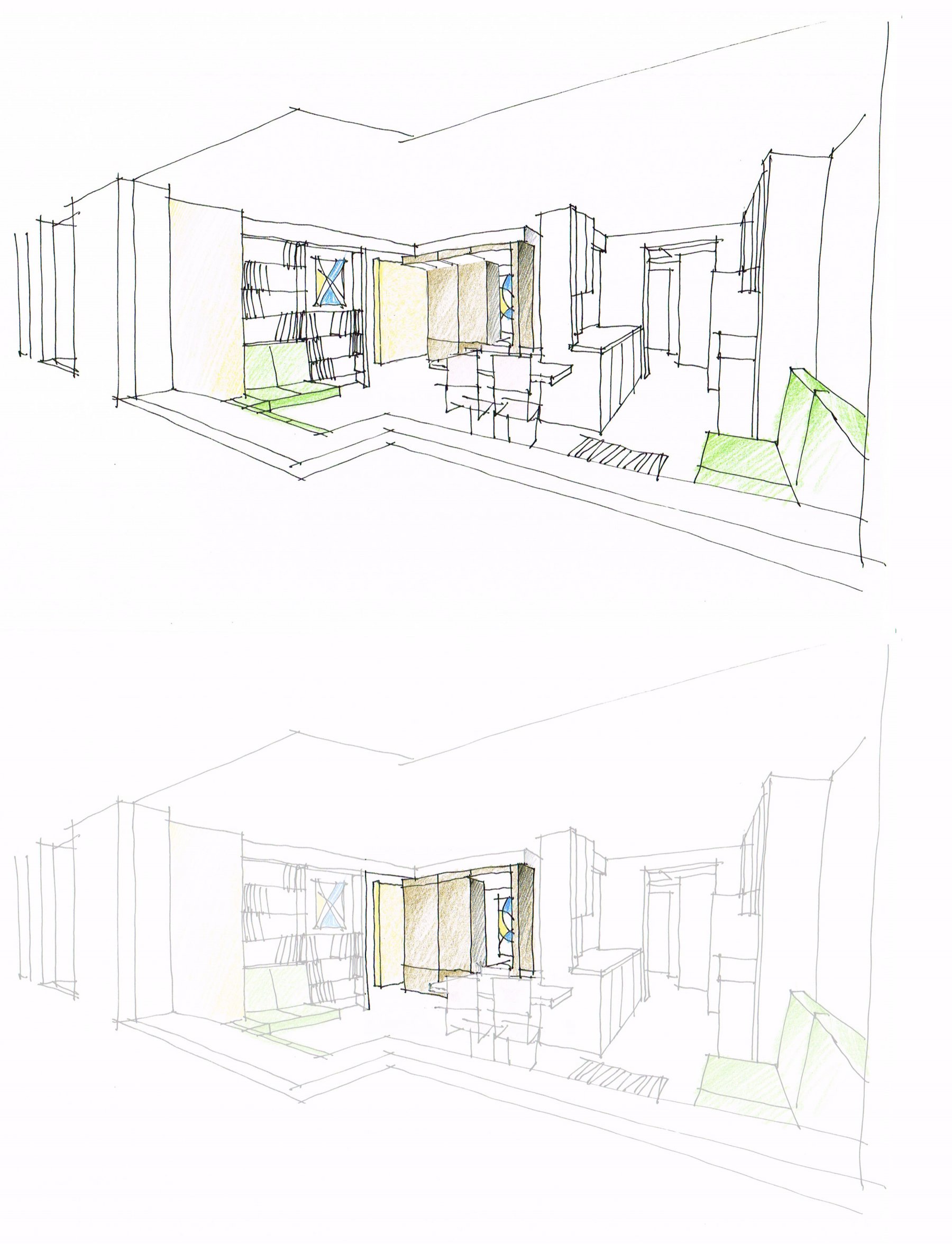 In the 'Rock'n'Roll' scheme the storage cabinet in the background is on a track that allows it to pull out when grandma visits to create a private sleeping zone.
variable boundaries

We named this project after the child’s game, with the couple, the toddler, the newborn, and grandma as the four players.

Various schemes were developed by shifting the players between the four quadrants of the apartment.

The aim was to keep everyone in ‘the game,’ which we achieved by creating variable boundaries between squares. 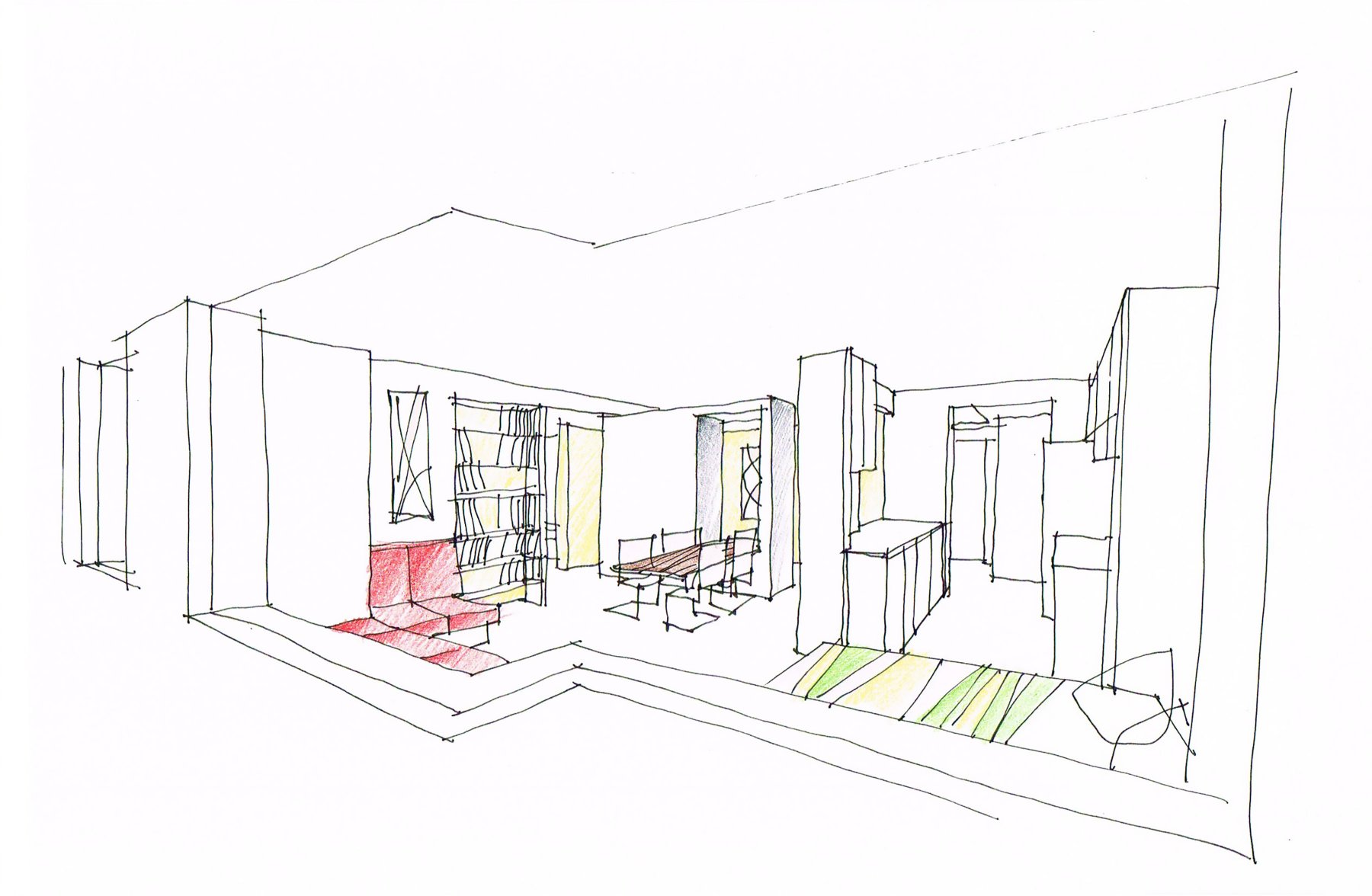 'Sling Shot'. This approach retracts the table into the guest room when neither is needed. 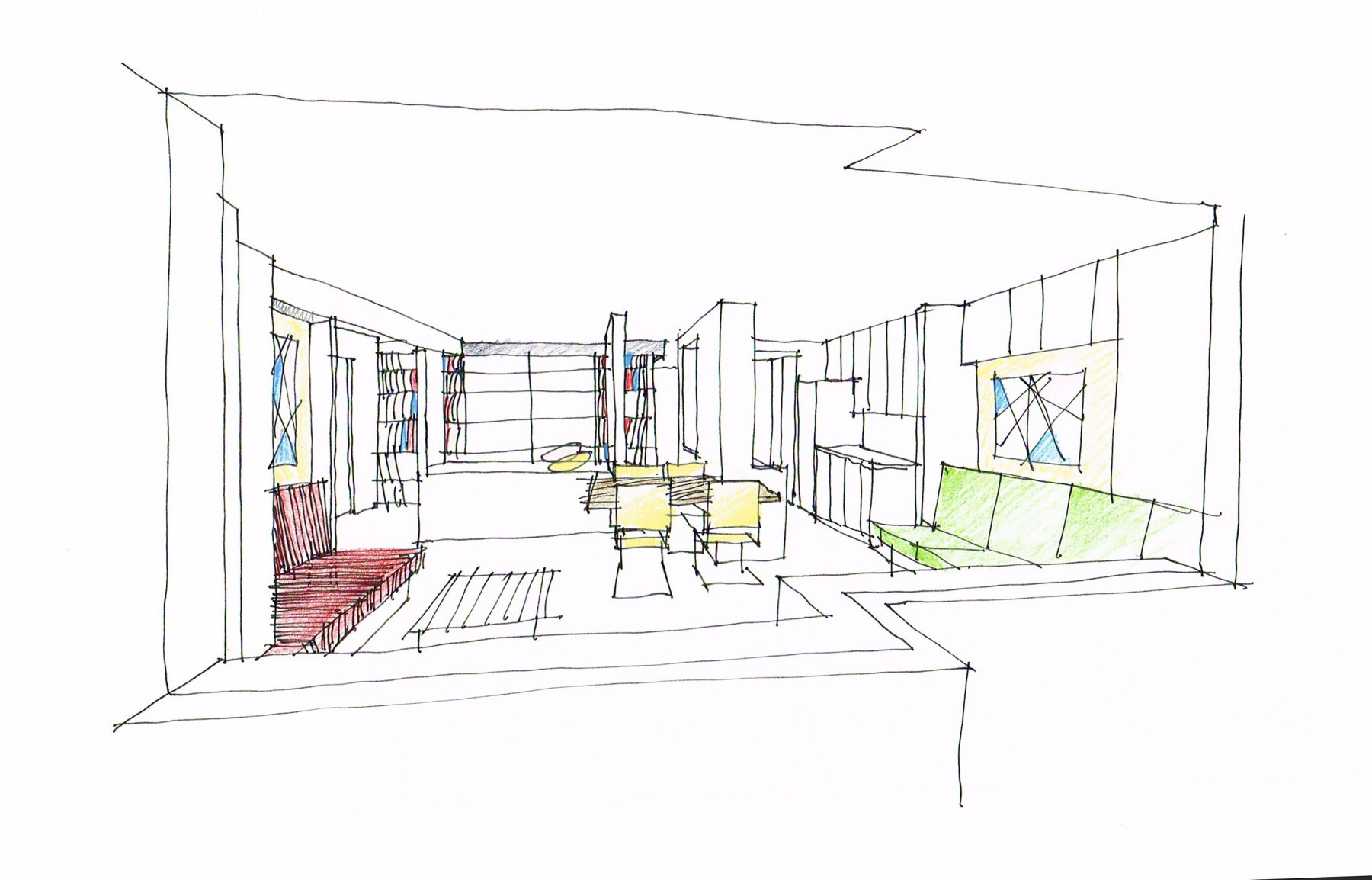 In the 'Adult Island' scheme the kids occupy a closed bedroom and the remainder of the apartment is treated as a studio for the adults.
furniture-like elements

‘Adult Pod V2’ was one of several schemes developed to have minimal impact on the existing elements in the apartment by inserting a sleeping pod.

The furniture-like element could be closed at night and opened to borrow light and air from the rest of the apartment during the day as well as after everyone was asleep.

Placing the parents in the pod extends the social life of the apartment after the kids go to bed.

The nursery for the new baby is located in the former master bedroom.

The 3-year-old has a separate sleeping nook that can be converted to a home office once the kids are old enough to be on similar sleeping schedules and share a room.

Looking down the line to when the boys are older, the ‘Flip Kitchen | Legal Kids’ scheme adds a powder room and modifies the existing kitchen.

This option creates three legal bedrooms–a resale asset should the family decide to relocate if the children don’t get into an acceptable middle school.

The master bedroom is envisioned as a ‘flex space.’ Enclosed by two full-height sliding panels, the room can be used as open or private living space. It is furnished with a convertible bed/desk. 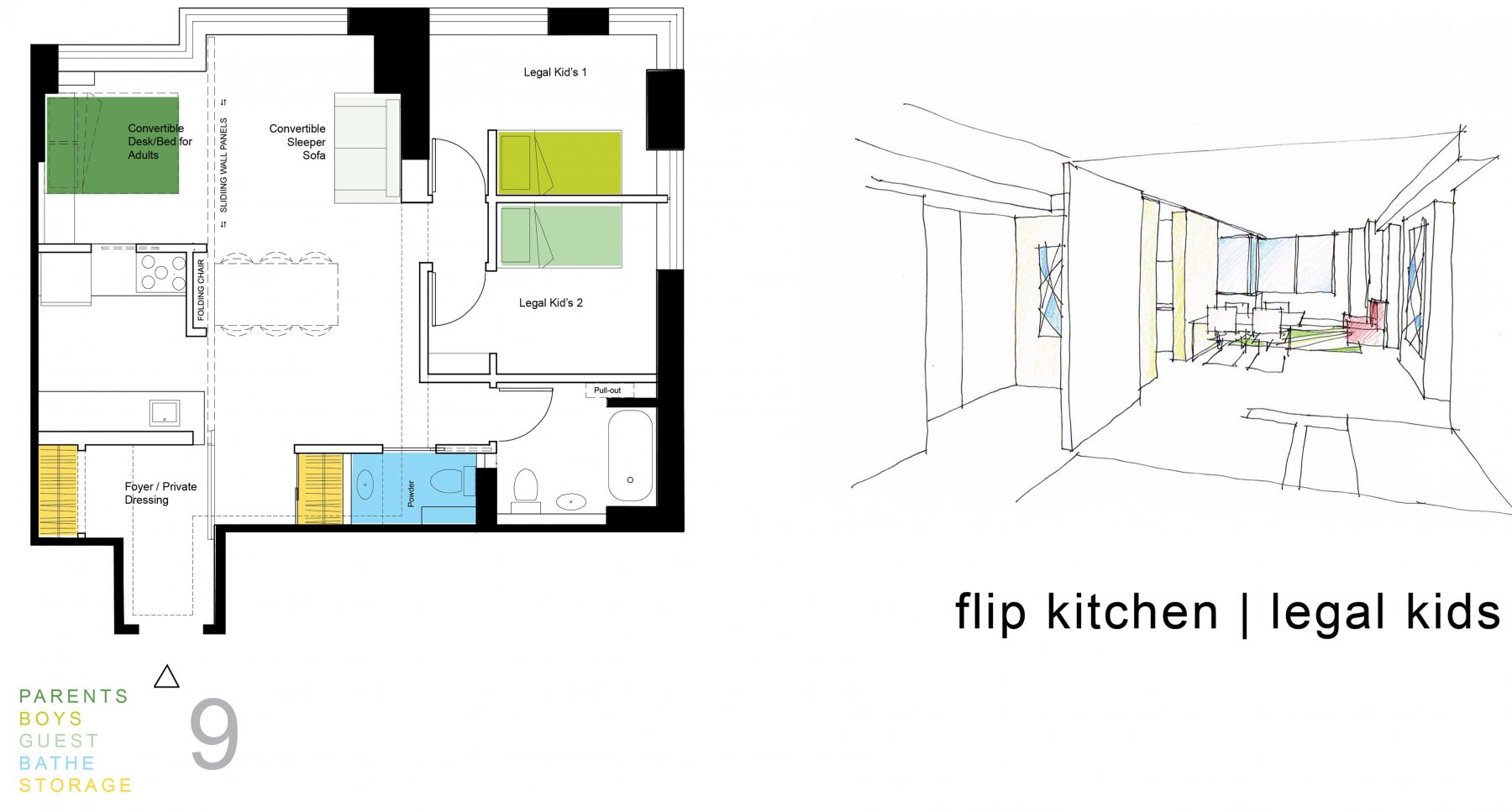 and the winner is...

The family’s favorite scheme was the ‘Flip Kitchen | Legal Kids’ alternative. Unfortunately, the building management did not approve the extra toilet in the powder room.

The planning stage inspired them to ditch their king-sized bed and start experimenting on a 1:1 scale with low-impact versions of the schemes using curtains.

"This may not sound like much, but the smaller size of the queen makes a huge difference...

…Plus the frame is much lighter so we can experiment with moving it to different locations.  We currently have it in the den area to see if we could sleep there once the kids are old enough to share a bedroom.”
–Michael